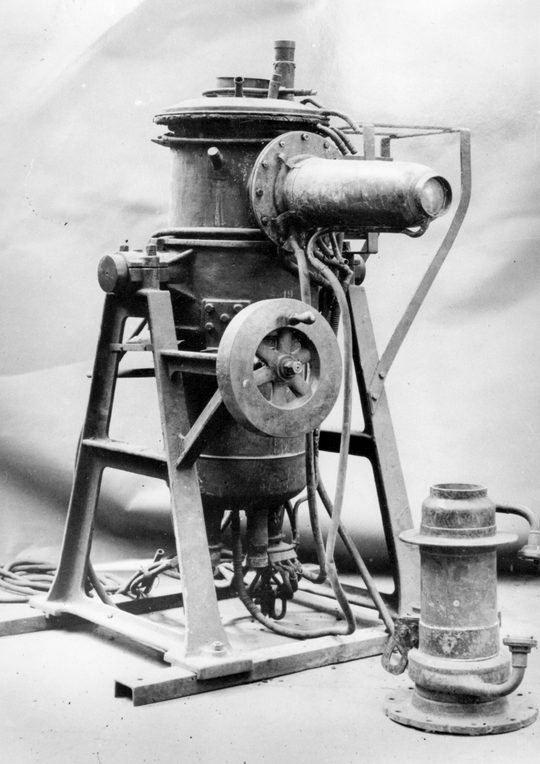 In 1913, Dr. Wilhelm Rohn, head of the Physical Experimental Laboratory at W.C. Heraeus GmbH in Hanau, developed a process for melting metals in a vacuum. His aim was to replace precious metals such as platinum or rhodium, which were highly sought after on the world markets and correspondingly expensive - they could be melted in air - with cheaper non-precious metals such as chromium-nickel alloys.

In 1918, the "process for vacuum melting and tempering of metals and alloys" was finally patented. The establishment of an independent company for the production of vacuum-melted non-precious metals was only a matter of time ...

VACUUMSCHMELZE was founded ten years after Dr. Wilhelm Rohn's pioneering idea on July 1, 1923, when W. C. Heraeus GmbH decided to spin off its department for melting and processing non-precious metals, then employing 50 people under the direction of Dr. Rohn, as an independent company from the parent company. Heraeus-Vacuumschmelze AG was thus born.

In 1927, the first soft magnetic nickel-iron alloy was developed under the name MUMETALL.

This alloy is still one of VACUUMSCHMELZE's best-selling alloys today. MUMETALL is used in components for electrical communications, radio receivers, but also for magnetic shielding, current sensors and current transformers.

On October 1, 1928, the Leuthold company started its service in Spain as the first foreign representative of VAC.

Extension of the VAC 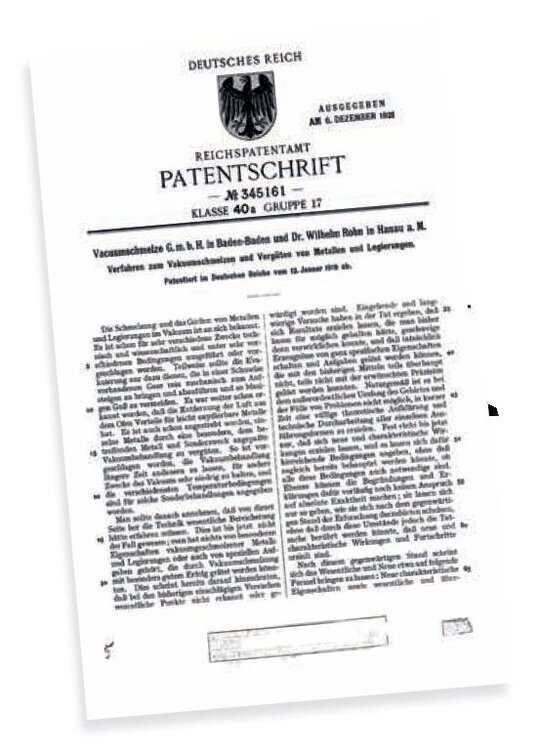 In order to handle the rapidly increasing order volume, VACUUMSCHMELZE had to expand as early as 1929. For the production of nickel-iron alloys, new production facilities were built with two special high-frequency smelting units, a strip rolling mill and the associated annealing shop, as well as a foil rolling facility.

Despite the poor economic situation in Germany at the end of the 1920s, research and development continued. In 1930, the company already held 84 patents for Germany and 101 foreign industrial property rights.

The era of NIVAROX, a hardenable iron-chromium-nickel-beryllium alloy, also began in 1930. In a more advanced form, NIVAROX is still used today in mechanical watches. 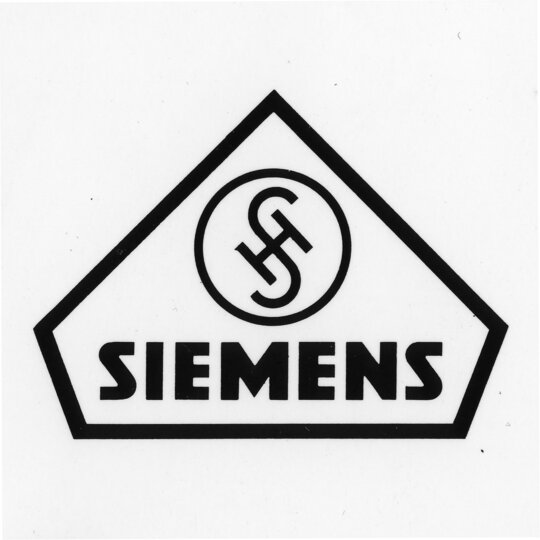 In November 1933, Siemens & Halske AG took over the majority of 81.5 percent of the shares in VACUUMSCHMELZE.

The rebounding economy led to further expansion of production capacity in 1937 and 1939. As a result, the plant with its approximately 550 employees covered a total area of 17,000 square meters in 1939.

End of an era 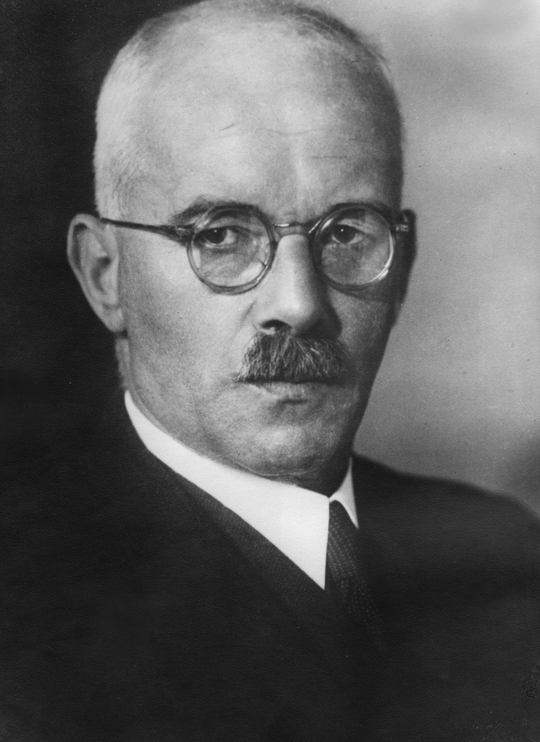 On October 5, the company's founder Dr. Rohn died in a plane crash in Italy during a business trip. He was succeeded by Dr. Hessenbruch.

Reconstruction after the end of the war 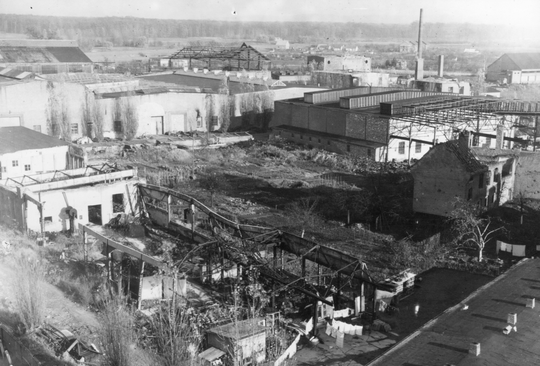 At the end of the war, the plant was largely destroyed - though not by the will of the company management and workforce. Everyone joined in and, just eight weeks after the end of the war, a high-frequency melting furnace and a small hot rolling mill were put into operation.

Development of the iron-nickel alloy ULTRAPERM 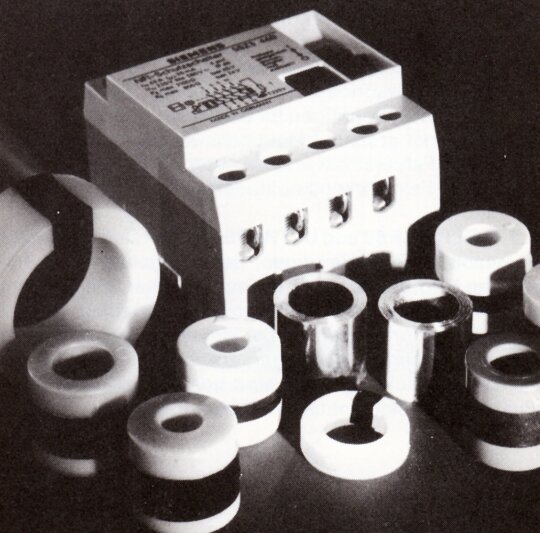 New soft magnetic alloys with extremely high permeability, called ULTRAPERM, brought a major breakthrough for the company after 1948. The soft magnetic special materials were among the essential components of many devices in modern electrical engineering and electronics. The ULTRAPERM range was continuously developed and improved: ULTRAPERM 10, 200, 250 and 91 R can be found in residual current transformers and relay parts for RCDs with high response sensitivity, in sensors, transformers, chokes, magnetic shielding, stator plates for step-switch motors in quartz clocks, and residual current transformers for pulse-sensitive RCDs. 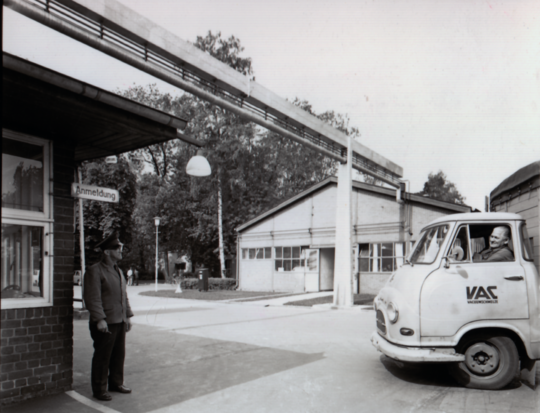 The effects of the economic miracle also made an impact on VAC. In 1950, VAC took over a production facility for permanent magnet materials in Berlin from the former parent company Siemens & Halske AG. Due to the success of this new product group, the company's total sales almost doubled from around six to 11 million DM within one year..

The development of cut cores 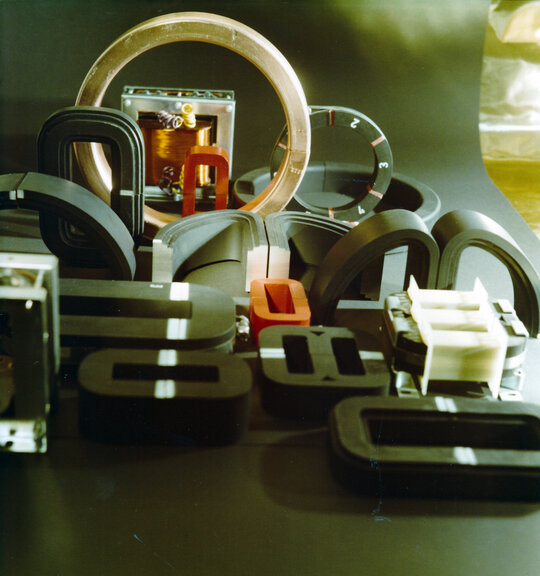 In addition, new core shapes for the electrical industry came onto the market at the beginning of the 1950s, the so-called cut cores. As early as 1954, our researchers succeeded in developing and manufacturing cut cores from highly permeable materials.

New techniques such as plastic impregnation or plastic bonding and ultra-fine grinding to avoid air gaps were introduced for the first time. These processes formed the basis for further developments. The most important areas of application for these materials were primarily instrument transformers for the electrical industry and miniature transformers. 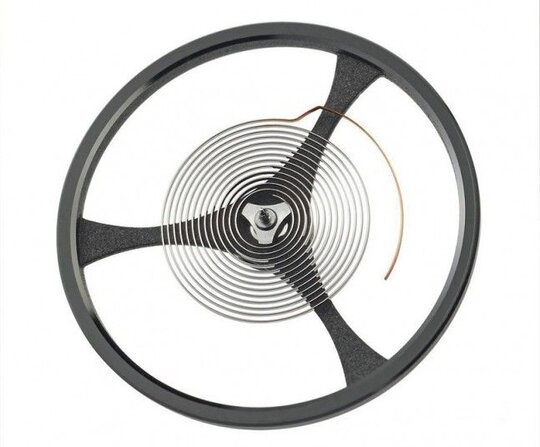 However, the production of special materials for the watch industry was also of great importance in the mid-1950s. Various springs for mechanical watches were produced, which were significantly more robust and corrosion-resistant than the steel springs used until then. Due to the high quality of these products, we supplied materials for more than 20 million watches per year during this period. 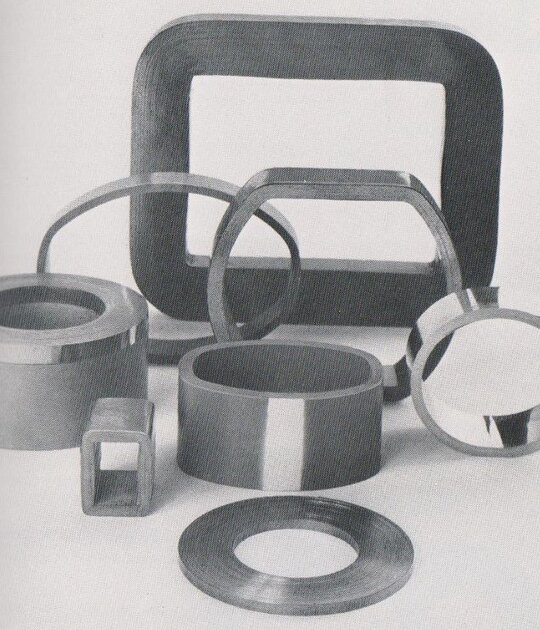 In addition to cut cores and spring materials, the development of soft magnetic materials with rectangular hysteresis loops began in 1958. The result of these efforts was ULTRAPERM Z. Toroidal tape wound cores made of ULTRAPERM were mainly used for residual current circuit breakers and audio transformers. 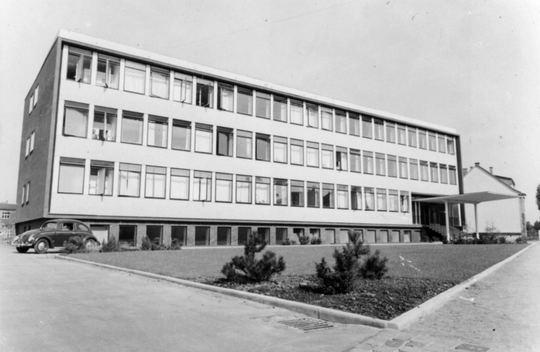 New products and the good order situation not only caused the number of employees to increase. The increase and modernization of production capacities was also driven forward. In the mid-1950s, for example, a new six-roll rolling mill for wide strip was put into operation, a decalcification plant, a new administration building and a factory building for core production were built, as well as the company's own factory kitchen. 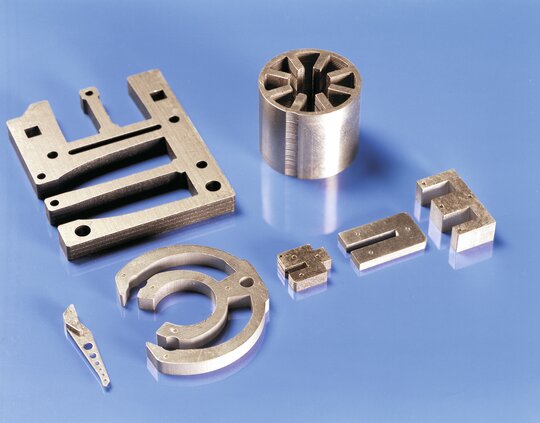 At the beginning of this decade, laminations and bonded laminations for components in the electrical industry were introduced to the world market with great success. 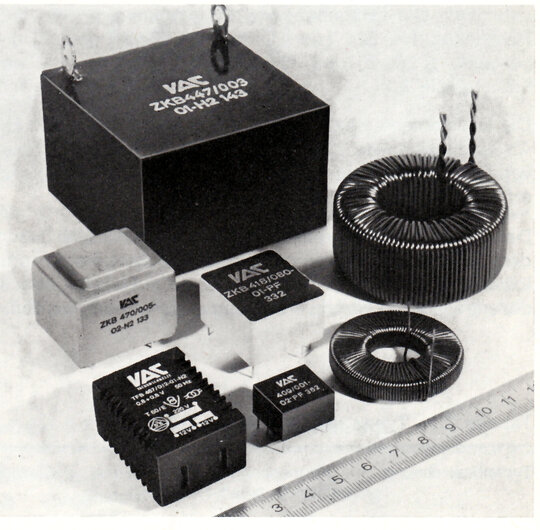 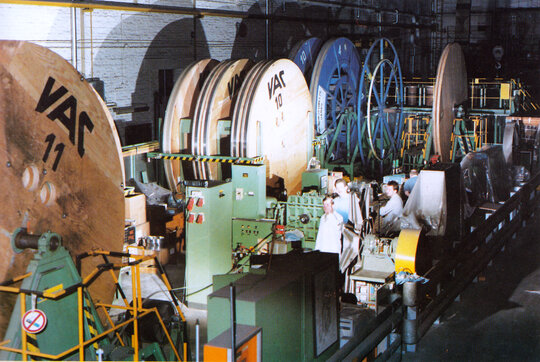 A pioneering material at the end of the 1960s was superconductors. These are various alloys that no longer exhibit electrical resistance when cooled below a certain temperature. The advantages of these superconducting materials are resistance-free and extensive current transport, since heat loss no longer occurs. Niobium-tin, niobium-zirconium and niobium-titanium compounds were of particular interest here. At that time, superconductors were mainly used to build electromagnets. Even today, superconducting power cables are used in medical technology for magnetic resonance tomographs to generate high magnetic fields.

In 1969, VAC received the first large order for 56 tons of a high-field superconductor. This was used in an experiment to detect nuclear reactions at the European Organization for Nuclear Research CERN in Geneva. In the course of concentrating on the core competence (magnetism) of VACUUMSCHMELZE, the superconductor production was sold to the Bruker company in 2003. 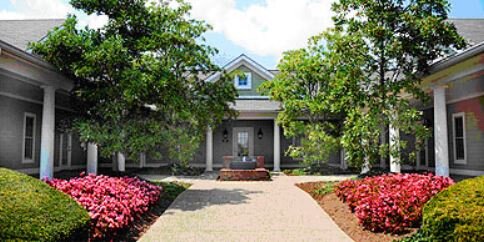 With the 70s, the great internationalization slowly took off. VACUUMSCHMELZE opened sales offices in countries such as China, India, Japan, Korea and Pakistan, but also in Australia, South Africa and the United States of America. 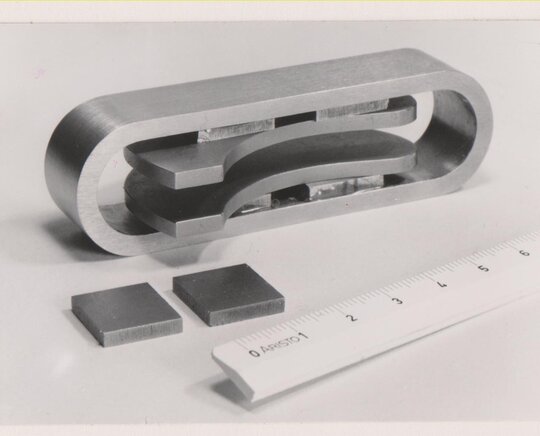 In 1973, VACUUMSCHMELZE started development and production work on the permanent magnet alloys based on rare earths (samarium) and cobalt.

The product group called VACOMAX with its special magnetic properties enabled an increasingly wide range of applications from the automotive industry (motors and generators) to medical technology and sensors to switch and relay series as well as measuring instruments for electrical engineering. 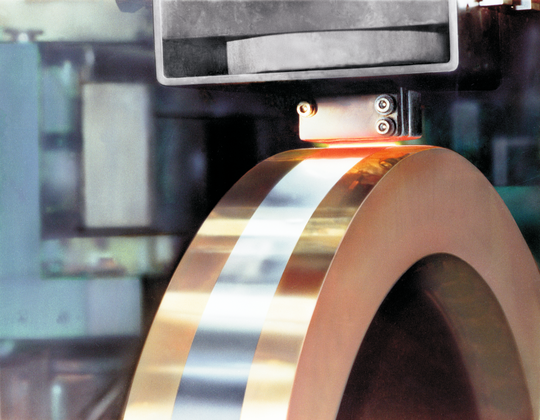 Furthermore, development work on other pioneering materials began in the 1970s: In 1977, the development of amorphous metals was started. The alloys in this group are amorphous, which means that they do not have a crystalline structure.
The non-crystalline structure is achieved by "freezing" the molten state of the alloy, by very rapid cooling (1 million degrees per second).
Under the brand name VITROVAC, this soft magnetic material was to grow into a very important product group in the following years.

Major order in the research sector 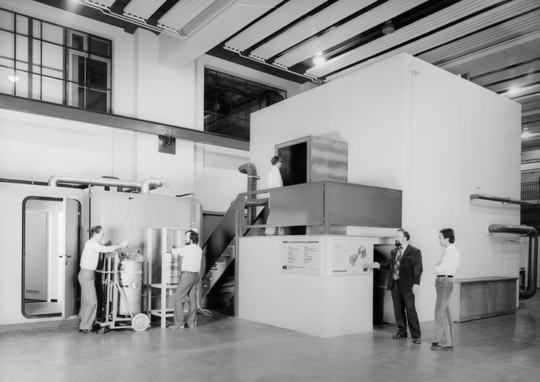 The 1980s began with a major order from the Physikalisch-Technische Bundesanstalt (PTB) in Berlin. VAC was awarded the contract for the construction of a magnetic shielding chamber for performing heart and brain examinations with new types of highly sensitive magnetic measuring instruments. 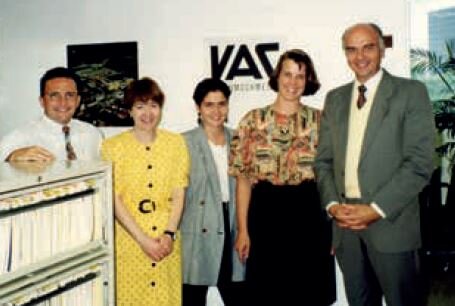 Also in the early 1980s, VAC established its first sales office on the other side of the Atlantic, initially in Iselin, New Jersey. Today, the headquarter is located in Elizabethtown, Kentucky. 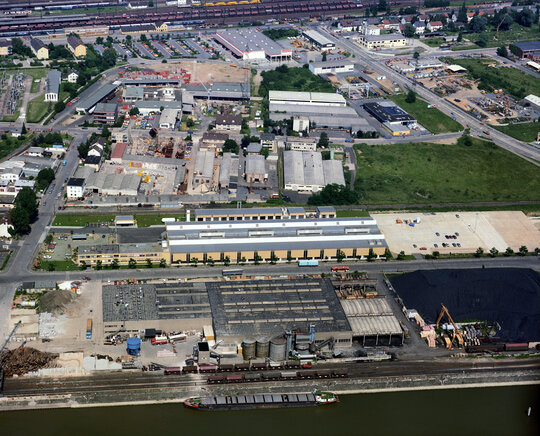 However, VACUUMSCHMELZE not only grew internationally, but also domestically. Today's factory site III in Hanau harbour was developed in 1981. The 32,000 square metre premises is the production facility for the rapid solidified alloys. 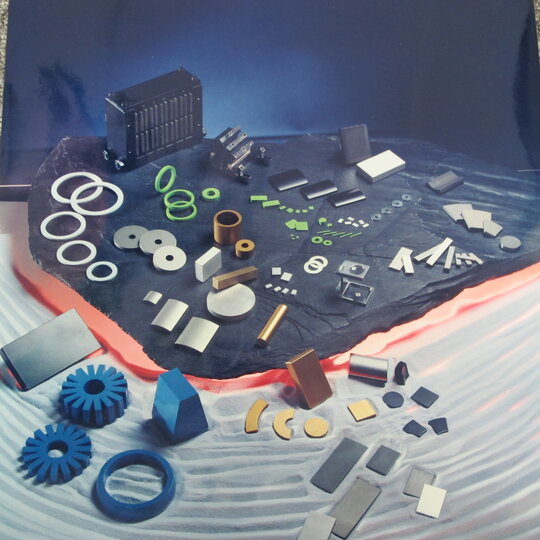 In the mid-1980s, a new generation of permanent magnets based on neodymium-iron-boron (the VACODYM series) was launched. The energy density of these permanent magnets was significantly increased, resulting in a considerable reduction in their volume and thus enabling them to be used in miniature components. The VACODYM series is still used today in a wide range of areas, e.g. in motors for traction and marine drives or wind and hydroelectric generators, for automotive technology in electric and hybrid vehicles, and in automation technology for magnetic couplings. 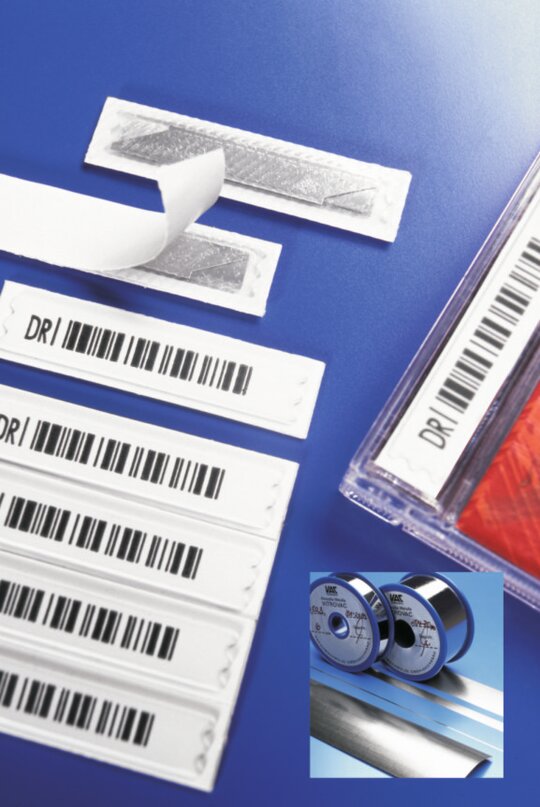 Since the mid-1990s, VACUUMSCHMELZE has been a leader in the development of materials for electronic article surveillance. We develop and manufacture metal strips with highly engineered properties for sensors and deactivation strips supplied to label manufacturers. 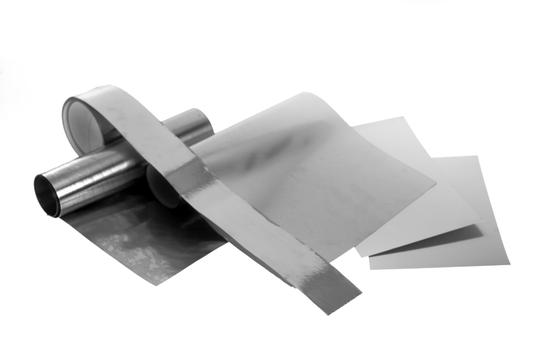 A new magnetic alloy of the 1990s was the nanocrystalline VITROPERM. This material is based on iron, silicon and boron with additions of niobium and copper. 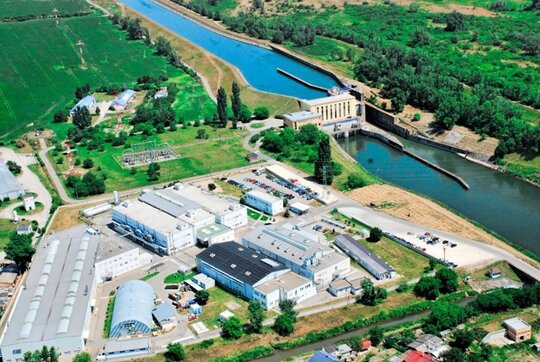 Since the mid-90s, VACUUMSCHMELZE has been represented by its own companies in Malaysia and China. There, inductive components and cores are produced for all areas of application.

In Slovakia, a subsidiary was founded in 1997, where cores and components, parts and lamination packages as well as magnets and magnet assemblies are being manufactured. 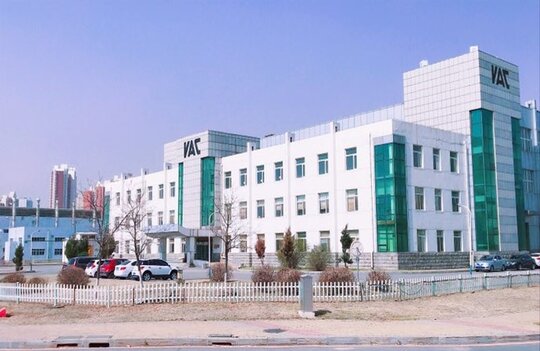 At the end of January 2001, VACUUMSCHMELZE received approval from the Chinese authorities to establish VAC China Magnetics in Shenyang. 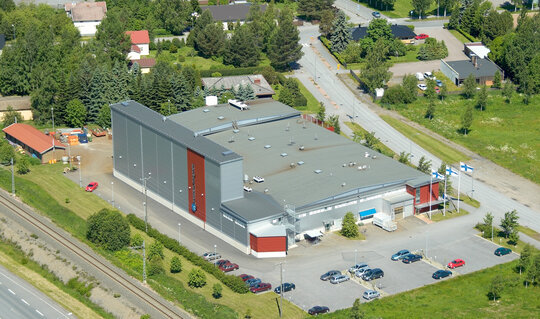 The acquisition of the Finnish magnet manufacturer Neorem in 2007 ensured further growth in the field of permanent magnets.

Acquisition of VAC by the OM Group

Since the acquisition of OM Group by Apollo Global Management LLC, VACUUMSCHMELZE belongs to Apollo Group. 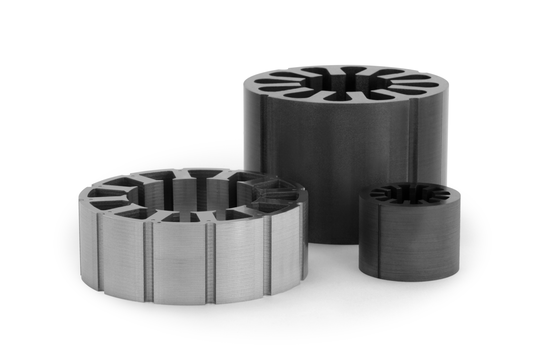 VACUUMSCHMELZE introduced a new alloy for high-performance motors and generators in 2012. VACODUR 49 is characterized by a high saturation level and is particularly suitable for stator rotor laminations. 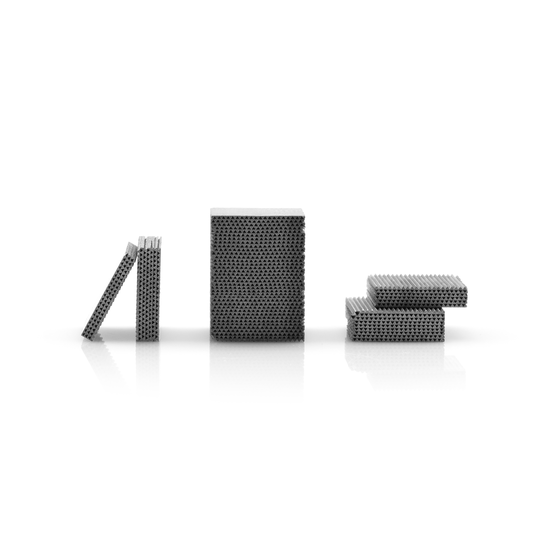 Since 2015, the CALORIVAC family of alloys has been part of the VAC product portfolio. This alloy belongs to the group of transition metal alloys with rare earths and is used to build environmentally friendly and energy-saving refrigeration units and heat pumps. These units are characterized by the fact that they do not require gaseous refrigerants. 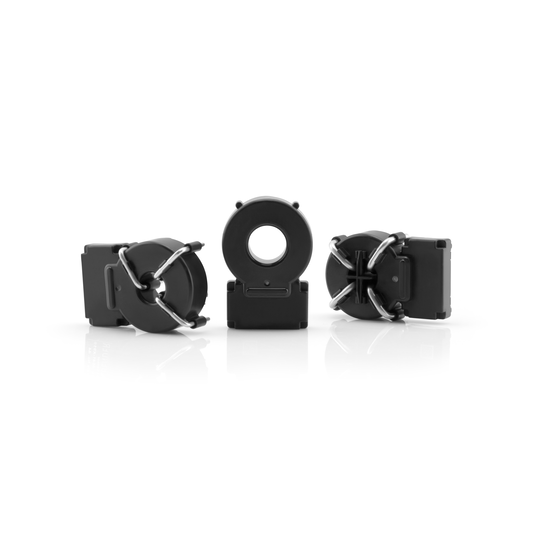 Together with the company Bender, an all-current sensitive differential current sensor was developed for fault current monitoring of charging stations and the associated charging cables. This sensor makes an important contribution to protecting people from fault currents by switching off the charging equipment in the event of a fault. For this sensor, VAC was awarded the Bavarian State Prize for Electromobility in 2015.